The paradox of silos

The Paradox of Silos

In my consulting work the word silo has begun to show itself everywhere. Some wax lyrically about the successes of specialization brought about by silos, whilst others complain about the breakdown in communication that has resulted from more and more independent silos. Having completed my graduate training at a medical school, and then working in the hospital system for some time, I witnessed the successes and failures of increased silo development in medicine.

Doctors, nurses and other medical professionals seldom collaborated as equal contributors in patient care. Doctors split themselves into surgeons and the internal medicine specialists. This split represents much more than what each specialist does and creates an unhelpful hierarchy. On the other hand, super-specialization has increased the quality of those medical disciplines and thus saved lives. This situation is not uncommon in many professions and organizations.

This paper is an attempt to understand silos as a human phenomenon and to locate them in an evolutionary context. I will also attempt to look at the impact silos have within a developmental model and to see whether there is a possibility to hold on to the positives they bring whilst minimizing their pitfalls.

It appears from looking at our history as a species that silos are an innate part of our development, and our success as a species.

Current anthropological theory posits that homo sapiens’ success in colonizing the planet is due to the combination of two major factors. The first is our unique ability to collaborate and cooperate in large groups. What is needed to drive collaboration is a common belief and a common foe. Other species do collaborate, but not in large groups like sapiens. Imagine trying to coordinate a few thousand chimps in a stadium.

The second reason for our success is related to our competitive spirit. Homo sapiens appear to have an inbuilt drive to divide the world into ‘us’ and ‘them’. We find ourselves in a constant competition with the ‘other’. The combination of competitive spirit and the capacity to collaborate is theorized to have developed as a function to protect valuable resources such as food and fuel.

Put together, these two factors have resulted in homo sapiens becoming the most formidable species this planet has ever seen. When we collaborate and compete we are able to undertake both amazing feats, such as putting a person on the moon, and acts of atrocity such as the holocaust.

It is these factors that have driven the ever-increasing complexity in our work lives. From the industrial revolution onwards we have seen the division of labor and increased specialization in developing organizations. This has resulted in the creation of what we now refer to as silos.

It is the paradoxical interplay between collaboration and competition that has made these silos problematic for modern organizations. With the entrenchment of silos, competitive energy gets diverted from outside to inside the organization, to defending our resources from other departments in the same organization.

These resources include power, money and influence. The different silos compete with each other for turf and in so doing lose focus on larger organizational or societal goals.

So if the development of silos is a natural feature of us as a species, and if we need competition as well as collaboration, is there any way out of this dialectic? I believe that to move out of a binary view on the subject we need to look to developmental theory.

In our maturation process we move through at least three different development phases. The first: early dependency. In this phase the child literally cannot survive without their caretakers. This dependency is not merely physical, but psychological as well. In startup organizations a similar dependency can be seen. Everybody gets involved in almost everything and all are ready and agile enough to take on the competition. Every part of the company depends on the other and interacts and communicates often.

Should the sapiens child have their dependency needs taken care of, they gradually move to a position of independence. We are all fully aware of the the adolescent who shouts out
“leave me alone I don’t need you”. This is the second stage: the attempt to break childlike dependencies. The adolescent hopefully individuates to become a more or less independent person.

The achievement of the individual and their importance is one of the pillars of Western democracies and capitalism. Most organizations are dominated by the idea of the individual, so it is not surprising that organizational culture tends to be strongly “I” dominated. It is due to the strong emphasis on the individual, or individual units, that I believe silos begin to form. Sales team, investment silos and operations departments compete for autonomy and the scarce resources the organization has to offer.

Children who are able to obtain a sufficient level of independence move on to the third phase of development: the stage of interdependence. Here the individual exists independently and at the same time depends on the group. It is the stage at which partnerships such as marriage becomes possible. Merely reaching adulthood does not signify moving into a phase of interdependence. Nor does the act of getting married; hence the high percentage of failed relationships in our society.

Organizations are not different. Those that are able to transition into a stage of interdependence are able to function with an ecosystems mindset. They are aware of how the independent parts contribute to achieve common goals and share a common purpose. They encourage friendly competition without it descending into outright sibling rivalry. What makes this possible? Common purpose, which is where a strong culture comes into play.

Unfortunately, our love affair with individualism means not many people or organizations ever make the shift into the interdependence phase. My work as a psychotherapist and an organizational consultant has shown me this over and over again. We tend to either remain in a state of dependence or cling to independence as though our life depends on it.

What underlies becoming stuck in independence is the fear of dependency, of losing vitality and being pulled back into a state of dependency. This fear perpetuates our belief in the individual, which reinforces the problem.

I strongly believe that the only way to really deal with the questions around silos is to help individuals and organizations discover the value of, and transition into, the space of interdependence. This change is not a simple process of behavior change, but rather a complex evolution of culture and leadership. But in many organizations, the traits that propel people into leadership and therefore drive culture can be described as narcissistic in nature. By nature, narcissism is about being stuck in the independence/dependency phase, which is all about the individual. So perhaps our true role is to help organizations out of narcissism. A rather grandiose desire in itself.

I believe we are just beginning to see the rise of organizations that are shifting into the interdependence phase. An example is Facebook, which has consciously rebelled against silo mentality. These rising giants have seen the power of collaboration and are disrupting traditional individualist business models. Can these “sharing economy” organizations help to shift us into a more interdependent space? And can they help us to solve the paradox of silos. 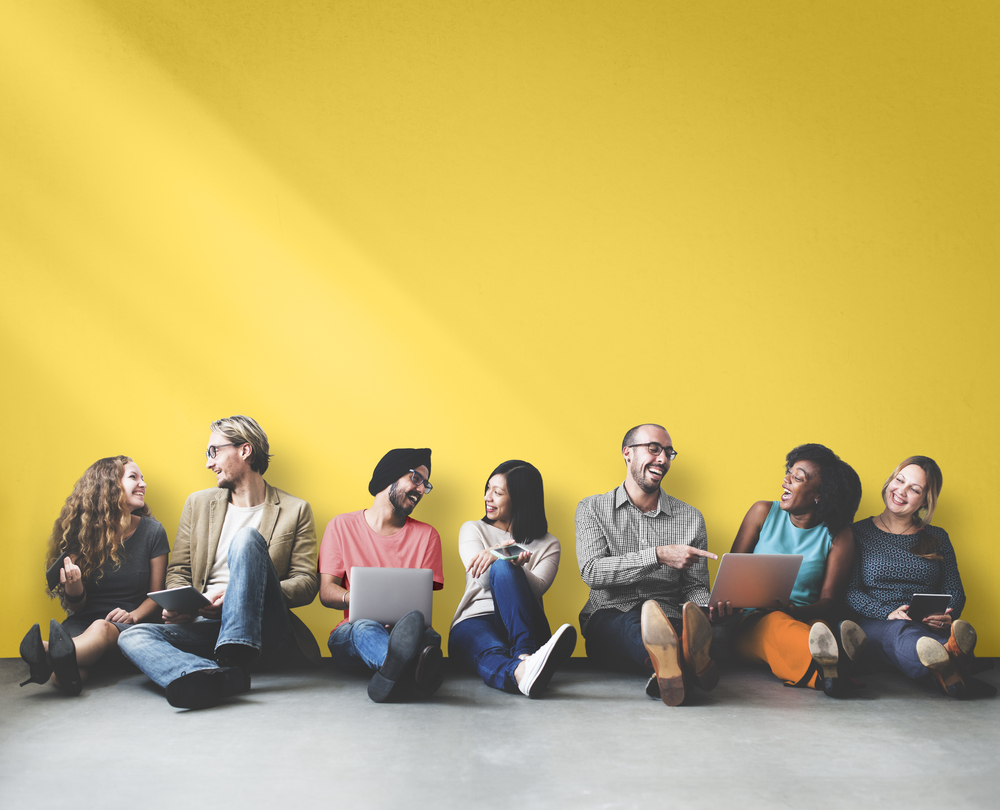 Culture the key to co-operation

Culture the key to co-operation

Hough and Associates is an organisational development, design and consulting psychology company that provides people solutions to companies internationally.

Looking for something special?